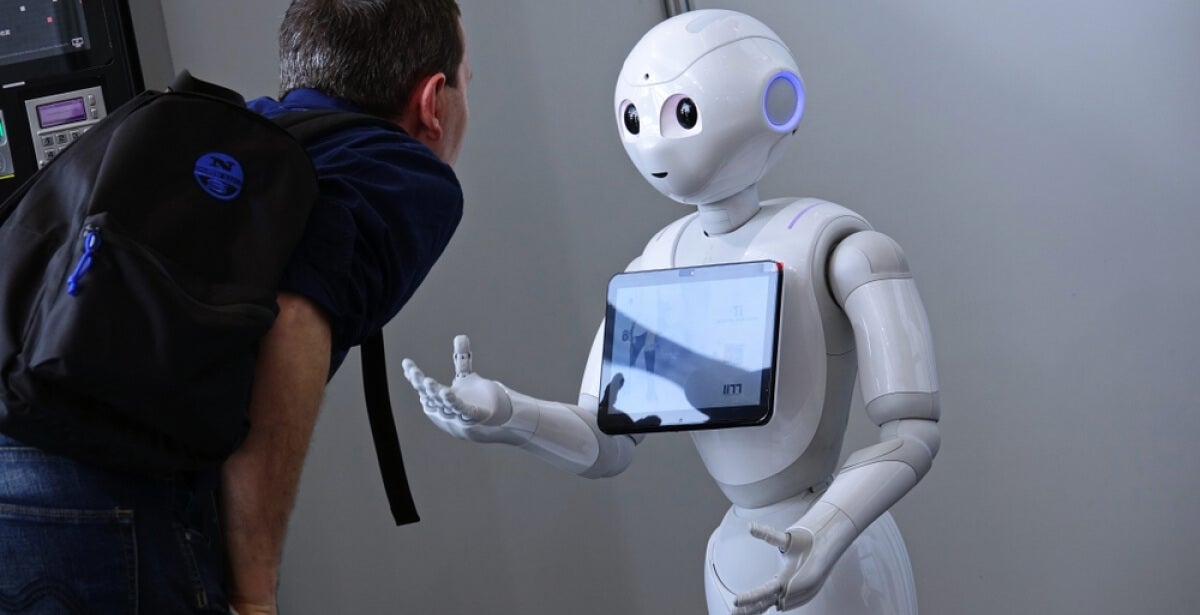 How many times this week did you talk to Siri, Alexa, or Google Assistant? How many more times did you interact with artificial intelligence (AI) when shopping online or using social media? Robots are cleaning up spills in the grocery store, delivering blankets in hospitals, and managing the adaptive cruise control in your car. The evolving relationship between humans and robots is providing 24/7 service, polishing off the repetitive and dirty jobs humans don’t want to do, and helping us make choices. The future of artificial intelligence looks bright and as though it could improve human lives, but, humans are clear, in a world where they interact with robots all day, they still value a personal touch.

In 2018, content marketing companies Drift, Salesforce, and myclever.com surveyed 1,000 American adults and found that robots are helping humans in a pinch. The survey found that 37% of Americans would turn to an AI robot or chatbot to get fast answers in an emergency. According to the study, we value AI for providing us 24/7 service and to get an instant response. Humans are also relying on AI for answers to simple questions. For example, “Siri, find the closest parking garage” or “Alexa, play ‘Shallow.’”

You might think these preferences are generational, but according to the survey, Millennials and Baby Boomers are equally comfortable with AI. Both generations also think AI needs to work on its friendliness and approachability to improve human-robot interaction. Nearly half of all Americans would prefer to talk with a human being. An increasing number of brands are working on adding EQ, Emotional Quotient, to their AI. EQ means being more tuned into the emotions of customers and how to better serve them. It could mean providing more human qualities to AI, such as more human sounding voices and responses. Dennis Bateman, Senior Director of Exhibits and Experience at the Carnegie Science Center in Pittsburgh, home of roboworld®. reminds us not to forget robots are just machines, and that we need to monitor how much human emotion we project onto them. Sometimes we might not know we’re chatting with artificial intelligence when we call a customer service center and can mistake human-robot interaction for a real companion. Bateman said, “No matter how much Siri sounds like she’s communicating to you when she says, ‘I’m sorry I can’t play that song right now,’ Siri is not really sorry.”

Humans are increasingly programming AI to learn from individual choices. The more a human interacts with a particular AI, the more the AI can predict human decisions and provide enhanced customer experiences. Netflix AI recommends shows and movies based on prior viewing choices. H&M offers customers an AI personal shopper who selects outfits based on gender, style, size, and previous purchases. No need to worry about staying on trend, H&M’s shopper texts emojis and uses hipster vocabulary to affirm buyer choices. Bateman says that as robots learn from interacting with humans, they will be better able to meet our regular demands. Still talking to Alexa all day will not provide honest feedback or opinion like a human being would be able to give. We still need humans to tell us how they think we look in our new H&M outfits.

Robots are typically programmed for single functions such as rolling down a flat hallway on wheels to deliver blankets in a hospital or completing a repetitive motion task on an assembly line. There is often debate over whether this could lead to robots “ taking jobs” away from their human counterparts. Bateman explains that one of the benefits of robots is they do the jobs humans do not want to do. "They are improving our lives by taking care of mundane, dirty, dangerous jobs. From inspecting sewers to going into space. Robots might be taking jobs, but they are the jobs few really want.

There is a concern that artificial intelligence could erode our ability to perform tasks, make decisions, or be viewed as a replacement for real relationships, but Bateman says humans are not going anywhere. He said, “You can still just pull the plug on a machine. It’s still humans building, maintaining, and programming the robots.” The AI technology that is leading to a positive future is being designed right now, by humans who want to make the world better for all of us.

If you would like to learn more about how robotics and artificial intelligence can serve the world for good, check out

Artificial Intelligence and the Future of Humans