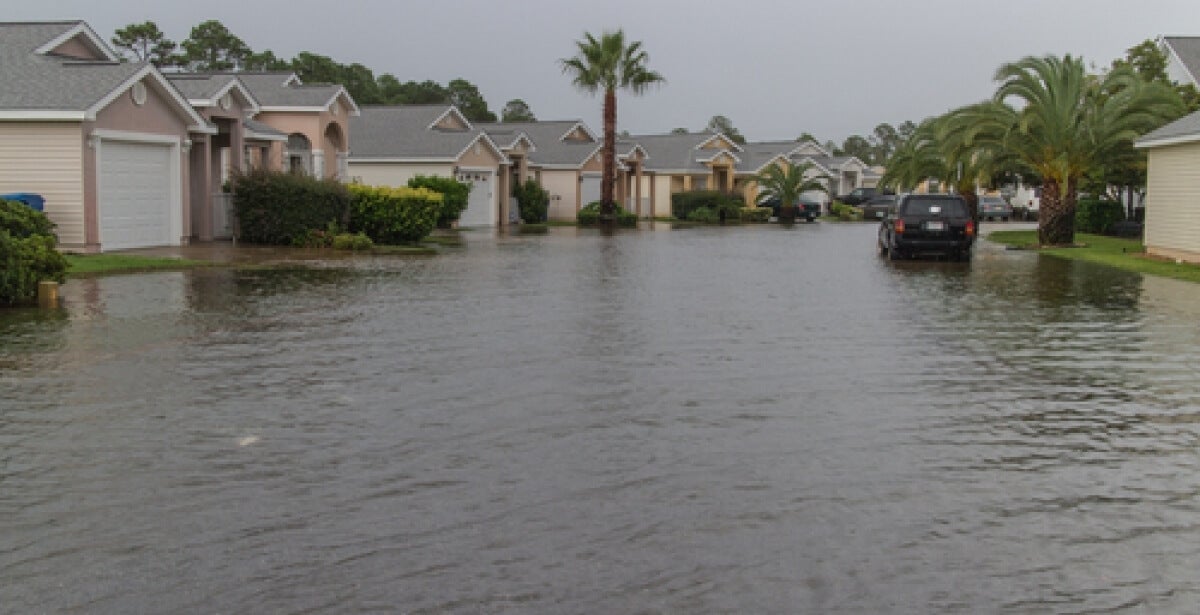 The total cost of Hurricanes Harvey and Irma is close to incalculable. The disaster has been life-changing for millions, destroying homes, businesses and in some cases lives. Property and infrastructure damage from the disaster is in the tens of billions.

The impact of the hurricanes will be felt for decades and will affect the country well beyond the areas that were directly hit by heavy winds and monumental flooding.

CNN Money says 4 million barrels of oil refining capacity shut down in Texas in the days following Harvey. Gas prices quickly spiked but quickly leveled out. Transportation infrastructure was hit hard as well as roads, bridges and ports closed. In Houston, this meant the main channel for shipping crude and petroleum products was shut down. Refined gas, petroleum-based products and plastics couldn’t move for days.

A good supply chain team has contingency plans in place, but Hurricane Harvey washed out Plan B for a lot of companies. Darren Hawkins, president of YRC Freight, told Fox Business that the trucking company's terminal in Houston was under 3 feet of standing water. Harvey also shut down trains, DHL Express suspended pick-up and delivery for a week, and FedEx had delays in Texas and Louisiana as airports closed.

It’s close to impossible to fully plan and prepare for a hurricane the size of Harvey and for the subsequent flooding. Companies such as Home Depot did their best.The retail giant implemented its emergency plan as soon as it looked like a major storm was going to hit.

Home Depot prepared for Harvey with a command center in Atlanta, which started moving plywood, generators and storm-related supplies to stores in Harvey’s expected path days before the storm hit Texas. Workers from all levels and departments traveled to command central and to stores in Texas to support the effort. Home Depot credits updated inventory tracking systems with getting stores in harm’s way reopened faster, getting employees back to work and moving supplies into the hands of those who need them.

In Florida, Hurricane Irma greatly damaged the citrus inventory. Gene McAvoy works for the University of Florida’s extension office. After the storm, he reported 50 to 60 percent of the 2017 harvest was on the ground. Oranges that have fallen to the ground cannot be used or consumed by citrus sellers.

Florida is the world’s second largest orange juice producer next to Brazil. McAvoy said juice producers and consumers can expect citrus prices to jump this year. That means orange, lemon, grapefruit and lime costs are going to rise. The news gets worse for both growers and consumers. Giacomo Santangelo, an economics professor at Fordham University Seton Hall University said, "We can expect the prices of citrus fruits such as oranges, limes, tangelos and grapefruit to be affected; however, tomatoes are Florida's second-largest crop," he said. Also, "Florida is the largest producer of sugar cane in the U.S." all of these crops will be impacted which in turn, impacts consumers.

Petrochemicals, oil refineries and citrus are not the only industries hit hard this hurricane season, but they are seeing some of the largest impact in terms of supply chains. Managers around the world are re-evaluating their risks. When people, homes, businesses and neighborhoods recover from these catastrophes, Harvey and Irma will become the new lessons in supply chain textbooks.

We hope you found this blog helpful. Kettering University Online offers several graduate programs including a Master’s of Science in Supply Chain Management.