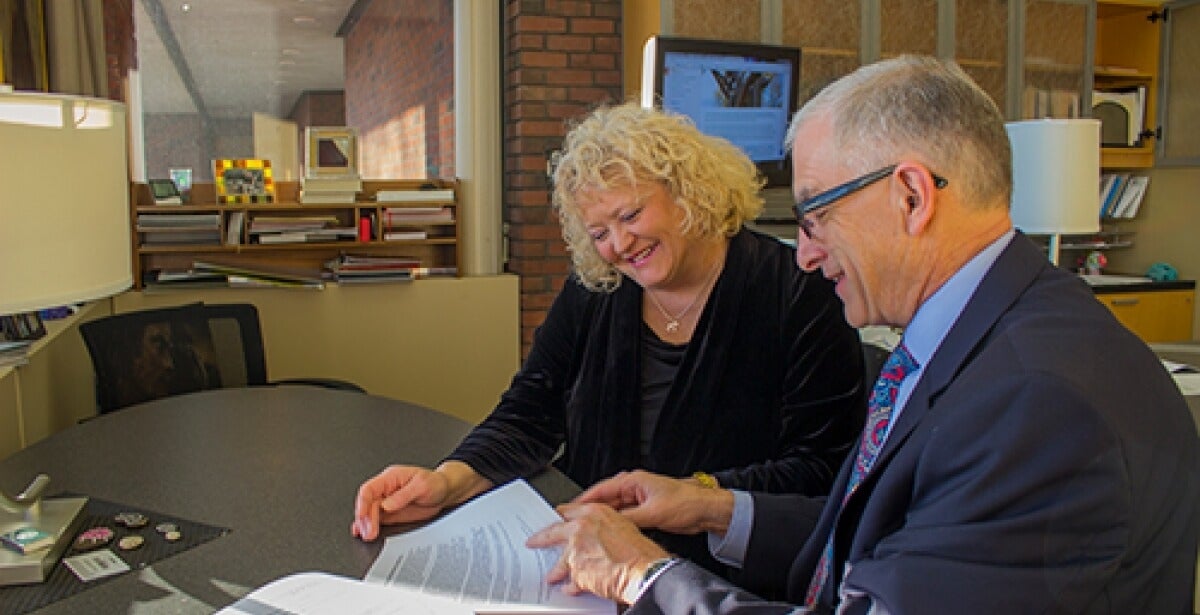 Dr. Christine Wallace, vice president for Kettering Global Campus, received the 2017 Distinguished Woman in Higher Education Leadership Award from the Michigan ACE (MI-ACE) Women’s Network. The award is presented annually and is the highest honor of the MI-ACE Network.

She was nominated for the award by Kettering University President Dr. Robert K. McMahan.

“Dr. Wallace’s vision and leadership have been invaluable assets to our campus community,” McMahan said. “The ever-expanding online and virtual programs her team creates are truly helping produce well-rounded engineers, scientists and business leaders ready to meet the talent demands of global industry.”

Wallace joined Kettering in 2014 to lead online and distance learning opportunities at Kettering. In her role, she provides strategy, administration and management for online, corporate and continuing education at Kettering. Since joining Kettering and leading the launch of Kettering University Online two years ago, educational offerings to students have been expanded to 38 states and six countries. Over 400 students currently are enrolled in Kettering’s diverse online education options.

The MI-ACE award is one of the most prestigious honors in higher education. The award recognizes distinguished Michigan women who provide outstanding leadership in their profession and in society at large. Honorees have distinguished themselves as advocates for women and catalysts for change.

“I have been honored to receive this recognition from ACE. I could not have had such an interesting and eclectic career without the support and mentoring I received from so many along my career path,” Wallace said. “Mentoring others, especially women, has been a vital piece of my career focus. Women are still underrepresented in many areas from education to business. It is important that those of us who have managed some career success not forget to ‘pay it forward’ by helping others, who have the motivation and desire to grow, to develop their leadership skills. This way, we can leave the future of our businesses in better hands.”