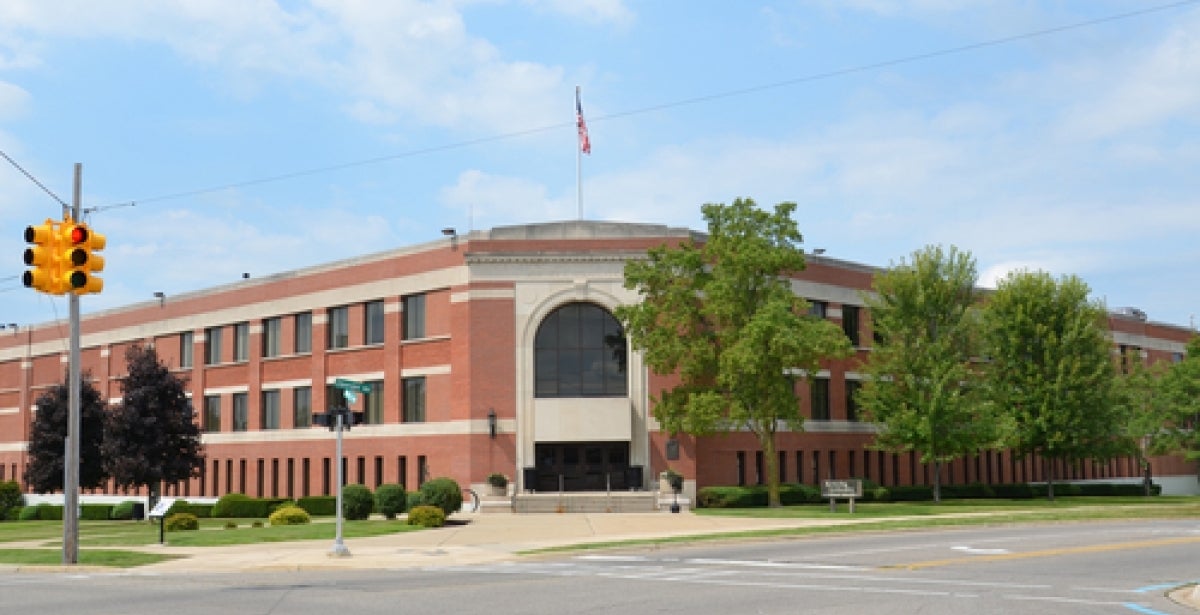 Kettering University goes beyond educating the next generation of engineers. It is raising the standards for the engineering industry through ventures such as the Kettering University GM Mobility Research Center, a new mobility and vehicle systems development proving ground that puts the University at the forefront of autonomous vehicle research, development, safety and technology.

Thanks to Kettering's long-term partnership with General Motors, the University completed Phase I of the Mobility Research Center (MRC) in October 2016. Some of the country's most innovative researchers and engineers will be able to use this outdoor lab space to test autonomous vehicles. The facility also includes private 4g LTE advanced wireless cellular network infrastructure, which operates at 10 times the data speed of current cellular networks. This facility allows Kettering to provide a unique opportunity for development of the future of mobility and transportation.

The MRC is open to industry partners as well as . Kettering's President Dr. Robert McMahan calls it a "magnet" -- attracting companies from Michigan and around the country. At the facility's ribbon cutting, McMahan said, "The MRC will have a tremendous impact on our ability to continue educating the nation's best and most innovative scientists and engineers. It will open up many new opportunities for our faculty to engage in applied research at the cutting edge of autonomous vehicle systems design and engineering."

Development of the MRC is a feat of engineering itself. It started with construction of state-of-the art brownfield water and runoff management systems. Phase I includes a test pad and stadium-style lighting. Phase II development begins in 2017 and will add a road course with elevation and surface changes to create a diverse testing course. A lab, garage, multiple vehicle bays and conference space will also be included.

Kettering in the Flint Community

Support for community and economic revitalization efforts in Flint, Michigan, is also a core component of Kettering University's mission. Kettering University has invested in local businesses and properties, refurbished an historic 10,000 seat stadium, and summer learning camps and pre-college programs for students from as kindergarten through high school through its FIRST Robotics Community Center.

Kettering is working with the community as a partner to revitalize neighborhoods on the University Avenue Corridor in Flint. The University recently was instrumental in bringing a Jimmy John's eatery to a corner of the neighborhood that was previously unattractive and unsightly. The restaurant is easily accessible for students and employees at multiple colleges, hospitals and downtown businesses.

Kettering has worked with a local land bank to acquire more than 100 abandoned properties over the last three years, eliminating blighted structures and maintaining the properties as attractive green space. Dr. McMahon has strongly believed that , "We are part of the community. The success of Flint is our success."

In addition to these improvements, students, faculty, staff and alumni participate in monthly Service Saturdays to participate in service projects in support of Flint nonprofit organizations, neighborhood associations and residents. This service-oriented culture is a key differentiator for students interested in attending a university that allows them opportunities to immediately put their technical skills to use in the community.

Atwood Stadium opened by the city in 1929 and has housed speeches by Presidents including Franklin D. Roosevelt and John F. Kennedy, Olympic Gold Medalist Jesse Owens, a concert by The Who and a crucial vote for the UAW in 1946. It has also been the home stadium for many famous collegiate and professional athletes who started their careers in Flint.

The stadium had fallen into disrepair and was in danger of being shuttered by the city when Kettering took ownership of the facility.

Kettering led a multi-million dollar fund raising campaign and major revitalization of the stadium, reopening it as a community resource in 2015.

Some expressed concern that the university would keep the stadium for itself. But, Kettering continues to show its commitment to the community. As a nod to the city, the stadium was transformed into a free public ice skating rink during the winter of its renovation.

The grand re-opening of the stadium included a parade, community festival and a high school football game between two longtime Flint area rivals. Since 2015, Atwood Stadium has hosted hundreds of youth, high school and intramural sporting events and attracted more than 35,000 visitors to the city of Flint.

The camp was created after Ford's STEAM (Science, Technology, Engineering, Art and Mathematics) Strategy & Programs manager brought his son to Kettering for a computer engineering camp. It was a natural step to partner and create the Flint Schools Summer Day Camps.

Dr. Petros "Pete" Gheresus, Industrial Engineering faculty member at Kettering University, hosted 82 teachers from 31 elementary and middle schools in the Flint and Genesee County area for a LEGO Robot Assembly and Programming Workshop. More than 100 students from area schools have attended the workshop in past years.

Teachers and mentors participate in hands-on activities during the workshop. They solve basic math, engineering and programming problems using a LEGO robot. The goal is for teachers to take teamwork and collaboration skills back to their students and lead them in becoming the next generation of STEM learners.

Kettering is committed to being an active and engaged anchor leading Flint's revitalization. The University's faculty and students have actively used their technical expertise combined with their civic mindedness to creatively offer solutions to challenges in the community. The University has expanded that mindset globally through Kettering University Online.