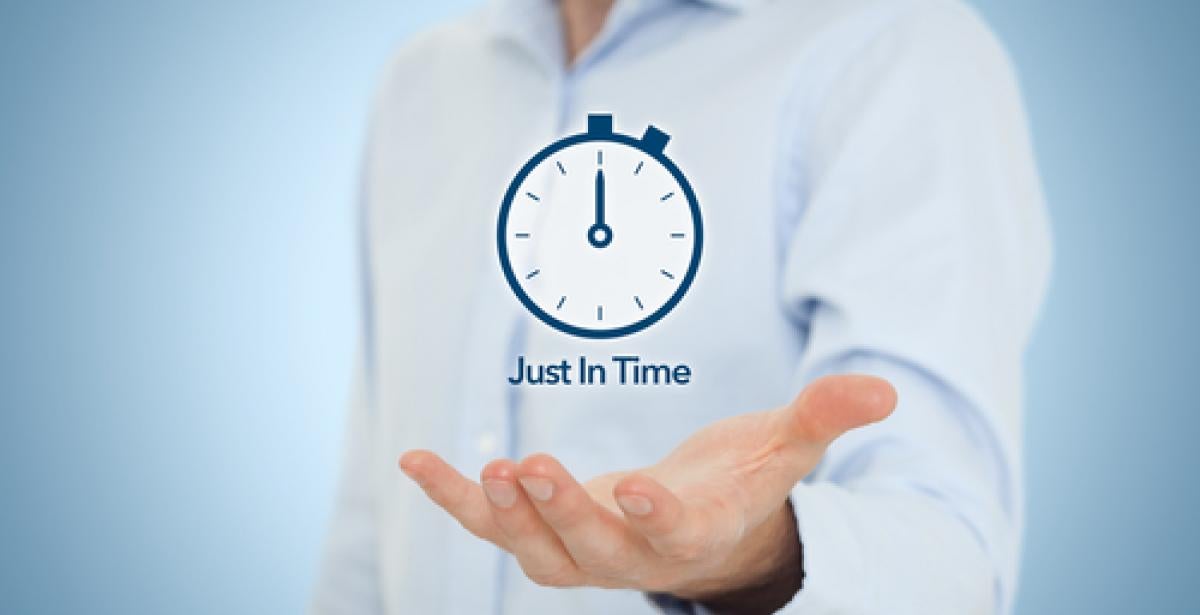 There are other ways JIT and Lean differ. Lean is a complete system that can be used across business departments including manufacturing, production, marketing, distribution, etc. You can use Lean to create a JIT process but JIT is the piece of the Lean method that eliminates the waste of excessive inventory.

JIT and Lean manufacturing have an interesting history based on the auto industry. Before the JIT concept, manufacturers created their products in surplus and often, well in advance of need. Henry Ford implemented JIT at a plant in Michigan. Iron ore was delivered on Monday and was part of a finished car three days later. Ford saw the savings in having just the right amount of inventory arriving at just the right time.

Ford’s work influenced Taiichi Ohno, a Toyota executive who studied the manufacturing process of the Model T. Ohno was also impressed with American supermarkets and how they stocked inventory. He thought it was much more efficient than the auto industry.

Taiichi Ohno built on Ford’s idea of keeping only the inventory necessary for production and developed a comprehensive strategy for reducing waste, adding value, and bolstering profit.

Upon returning to Japan, Ohno identified the categories of wasteful manufacturing practices which became to be known as the seven wastes:

Just In Time production and the identification of the seven wastes, along with other tools and techniques, became collectively known as the Toyota Production System. The Toyota Production System was successful and the term “lean production” was later coined by an MIT research team to describe the “revolutionary production and management system” they identified at Toyota. Thanks to two automobile icons and their implementation of JIT and Lean, organizations have two tools to create more efficient and productive processes.